Along with fellow explorer Nicholas von Tunzelmann, Rees was in search of quality pastoral land. He returned a short while afterwards and established a high country farm at the site where Queenstown is today.

But the Rees’ farming lifestyle was to be short-lived. In 1862 gold was discovered in the Arrow River. Rees then found himself at the centre of a gold rush - even his homestead was declared an official goldfield.

In the early days of the rush William Rees was the only source of food for miners working around Lake Wakatipu. With a flock of sheep and the first boat of any size “the Undine” on Lake Wakatipu to bring the flour and other supplies from the south end of the lake, Rees was - for a few vital weeks - able to prevent starvation for many miners

“Without his active co-operation in making supplies available to the hungry miners, his ready acceptance of the inevitable changes after the discovery of gold on his run, his whole-hearted devotion to duty which gave him an unquestioned authority in the community, and his enthusiastic interest in public affairs, the story of the Wakatipu gold discoveries might well have been one of disaster in the first stages” (Golden Days Of Lake County, FWG Miller).

Rees’ boats weren’t confined to supply runs. His famous whaleboat was also used to carry the first 25,000 ounces of gold to the foot of the lake. The boat was regularly used to carry gold until a special police boat began operating.

William Rees was no typical gold digger and explorer. Those who have researched the man say he was a unique person with exception qualities. His other achievements included:

Boxing - A strong reputation in Queensland as a young amateur boxer Top level cricket - appearing once in a first class match for New South Wales against Victoria Social services - He played a prominent part in the establishment of the hospital at Frankton, (the settlement named after his wife, Frances). Religion - he was a driving force behind the establishment of St Peter’s Church in Queenstown. Entertainment - he was a co-owner of the Queen's Arms hotel (a forerunner to Queenstown’s Eichardt’s Hotel) Racing - he was the first president of the Wakatipu Jockey Club

“William Gilbert Rees has long been one of the genuinely romantic figures of New Zealand’s past. One of the first white men to reach Lake Wakatipu and the founder of what has become the beautiful tourist resort of Queenstown, he is remembered particularly for his dominant personality at the time of the gold rushes. The picture most New Zealanders have of him is a big bearded run holder, holding off hungry miners with a loaded revolver as he carefully rationed out inadequate supplies of precious flour” ( “King Wakatip” by GJ Griffiths).

Soon after seeing the Wakatipu area for the first time in 1859, Rees wrote a letter to the Otago Witness describing the journey and the new areas they had explored.

The editor subsequently wrote an article on the subject, and made two prophecies, which have been completely fulfilled in a remarkable manner.

But apart from any consideration of wealth to be derived from the mineral resources of the country, the existence of such lakes as are to be found in Otago will we have no doubt, at some future date, cause this part of New Zealand to be extensively visited for the mere purpose of viewing the grandeur of the same.

William Rees was still a fit and powerful man barely in his forties when he left the Wakatipu district in 1867. He went to the Waitaki where he ran big runs, then to Alexandra. Ironically, his dream to be a runholder had been shattered by the gold rush as the Waste Lands Board of the time removed the pastoral designation from his land. 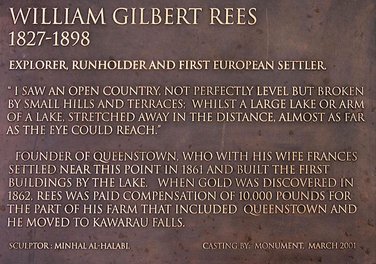 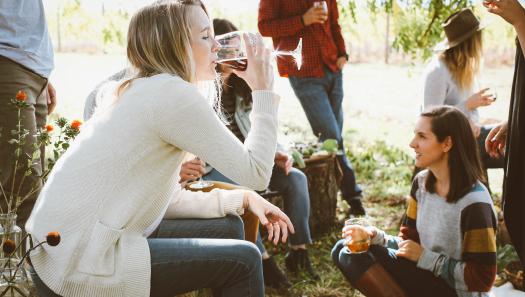