Groundstaff at Queenstown airport are to strike after mediation today failed to settle their pay dispute.

Fifty-five baggage handlers and ticketing staff employed by Mt Cook Airlines will walk off the job just after midnight on Friday morning.

Engineering, Printing and Manufacturing Union advocate Ged OÃ¢â‚¬â„¢Connell said that the workers were extremely disappointed that the dispute had not been settled.

Ã¢â‚¬Å“We have been negotiating with the company for some time,Ã¢â‚¬Â he said.

Ã¢â‚¬Å“Two weeks ago we gave 14 daysÃ¢â‚¬â„¢ notice of industrial action, but yesterday we went into mediation with the company with the hope of settling this dispute without disrupting the public.

Mr OÃ¢â‚¬â„¢Connell said that the companyÃ¢â‚¬â„¢s offer was just not good enough.

Ã¢â‚¬Å“These people live in Queenstown, which everybody knows is one of the most expensive places in the country to live,Ã¢â‚¬Â he said.

Ã¢â‚¬Å“They are struggling to make ends meet, and want a fair pay rise.Ã¢â‚¬Â 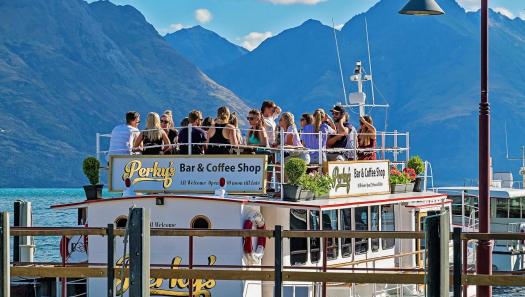 The scheduled seal extension of Aubrey Road, Wanaka has been rescheduled to avoid any unnecessary inconvenience for residents and cost...

New Zealand's first Sofitel hotel, the five-star Sofitel Queenstown, will open in Queenstown on September 1. The launch of the...